We write for this blog because we love gadgets, which is probably the same reason you read us. On a daily basis, we pack Treos, iPods, PSPs, laptops and smartphones around wherever we go. These are our tools, and we are good with them.

But there is one man who outshines us all. This gentleman is known for tree things: ruthless tactics, suave style and gadgets. Well, beautiful girls, too, but that’s a different blog.

This man’s name is Bond, James Bond, and while he looks great in a tuxedo wooing the latest femme fatale, it’s his gadgets that we’re jealous of (edit: I think I’m more jealous of the girls. – Blake). And while the laser-shooting belt buckle or sidewinder-equipped Aston Martin would be cool, modern technology has brought real-life gadgets to 007’s pockets. Here’s a rundown of what you can expect to see in Casino Royale this fall:

While the brands Bond uses aren’t new, the actual products are. For over a decade, the superspy chose to wear elegant Omega wristwatches. How many he supplied to Q to supe up we don’t know, but he’ll be wearing no less than two on screen, one is more casual for the action scenes, and one metallic and more formal to fit with the famous tuxedo.

Bond again will be whispering sweet nothings to Moneypenny via a Sony-Ericsson handset, this time it is the recently announced k618. A 3G phone, it features MP3 playback, a 2MP camera (sadly, without a flash), bluetooth audio streaming, a photoblogging app (!?) and push email, which will play an important part in a plot twist. 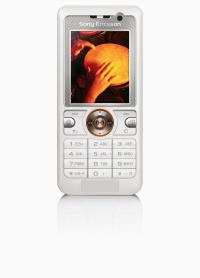 This is not the first time 007 has used Sony-Ericsson products. In the last two outings, SE phones were used to save Bond’s life. As Sony owns MGM, who produces the James Bond film catalog, look for the agent to use an as-of-yet-unannounced Vaio laptop.

Cool watches and communicators are fine, but what’s a double-0 agent without his badass set of wheels? Enter the 2007 Aston Martin DBS. This 500+HP V12 monster is a fitting ride for the the super spy. You can be sure that the the last three digits of the year will feature prominently in it’s advertising.

So with this easily attainable gear, anyone can be a double-0 SuperSpy, even yours truly. Right?