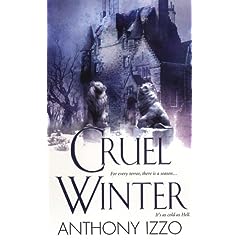 It looks like Monday will be when we find out if how many staff go from eBay’s offices globally and the UK/European offices specifically. Last month reports started to emerge that eBay was poised to cut 1,500 jobs, or 10% of its workforce globally, according to an article in Barron’s weekly. It cited a report published by investment-research firm Wedge Partners.

My sources tell me the process will start on Monday next week and that the lay-offs will take in staff at PayPal, but not Skype, the eBay-owned property. The move may be a short-term one to please a turbulent stock market. An official eBay spoksperson told me today: “We don’t comment on rumours.”

However, if the lay-offs go ahead, the significance of this is that eBay may end up shutting down some local offices in Europe (though almost certainly not the sites).

Having local eBay offices in Europe is often a good thing for start-ups as eBay is not afraid to advertise on new sites or integrate new services on the platform from start-ups. Not to mention that these local offices will often evangelise e-business to SME’s and consumers. We’ll see on Monday, but it’s not looking good. eBay has just one job going in London right now, despite a significant presence.

In adjacent but related news today VC and M&A investment is down across the whole “digital media” sector according to a quarterly report by industry analysts at StrategyEye. Specifically, they say, advertising, mobile content, gaming, social media, search and online media are all affected.

What does all this add up to? A much, much colder climate for startups and existing online players. However, it is usually downturns like this when the real companies start to emerge and fight their way through the tough times. Historically, by the time things improve, they are in a good position to race ahead of the pack. So, good news for some, especially those who have money to play with over the next two or so years. There is also another plausible trends – eBay start with payoffs may start to swell the startup ranks.