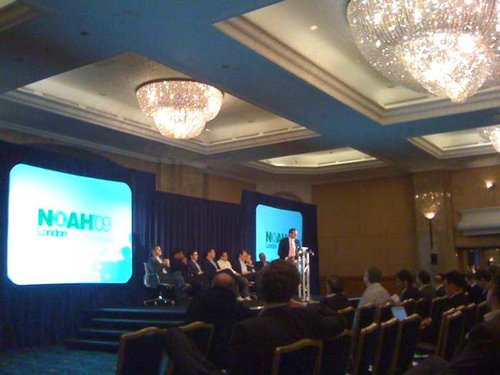 A round-up from Shakil Khan, effectively Spotify’s consigliari today in London opened the kimono a little on where it’s at.

Speaking at the new NOAH Conference in London, the headline points from his talk were that we can, as we expected, see a U.S. launch in Q1 2010 as well as a launch in Germany and China in Q1/2 (so no pressure then). Spotify will also extend from its existing handset deals into premium services on other platforms in 2010. They are talking to TV manufacturers about embedding Spotify into internet-enabled TV sets and Khan said they now get “a call a week” from games console makers which want to add Spotify to their service.

He also went through a round-up of its stats and model to date.