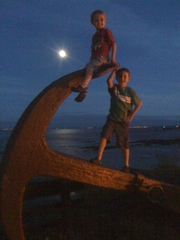 I’ve been chatting to a few mobile startups lately and while no-one wants to rain on the parade of the launch of Windows Phone 7 there is a recurring theme here. If I am a startup, who has traction in the market for my application? Right now it is iPhone, the increasingly powerful Android (in fact I know startups who are now thinking Android first, because it’s easier to get visibility on the app market) and to some extent RIM/Blackberry. Nokia/Symbian remains languishing until they can get their sh*t together with Meego, though the recent announcement by Nokia that users will be able to pay for apps via carrier billing, means that smart app developers and startups creating apps for the rest of the world outside the smartphone obsessed developed world should do quite well. But Windows?

Well, it’s a truism to say it’s nowhere right now. So what Microsoft will rely on is getting the phone into the hands of ordinary people, getting them excited and getting them buying the damn phones in the first place, in significant numbers. Apple did this because it changed the game in the mobile interface and applications eco-system. That’s effectively been down once now, and every other handset maker is largely copying those initial moves.

So what remains for Windows Phone 7 to innovate on? Quite simply, the Windows OS. Everyone knows that it’s Apple’s integration of the iPhone with iTunes that lies at the core of its strategy. Here’s a story you will possibly recognise:

At the beginning of this year Google gave me a Google Nexus 1 handset. I already had an iPhone, so, after checking the phone out myself, I gave the Nexus 1 to my wife, who is not a smartphone user or very interested in mobiles (shock horror) outside of chatting and SMS-ing with her friends and other mums.

She found the phone difficult at first but got used to it and eventually really liked the 5 megapixel camera (with flash) for talking pictures of our kids. Now the Nexus 1 has started to crack. Applications are not loading. The phone has stopped working properly. It doesn’t seem to update the software.

But – crucially – it’s not clear where the contacts are – on the SIM or in the phone’s memory? Sure, I can work this out. But can the average person? Can my non-techy wife?

This is where iTunes comes in and where iPhones fundamentally have an edge. They make it easy. You can back up your contacts. The photos you took of your kids sync to the computer, and etc backed up on TimeMachine. If you want, MobileMe will save everything the cloud. Job done.

Yes, you can do this on other platforms, but we all know the iPhone/Mac combination is ultra-consumer friendly.

And it’s also why we’re now thinking of switching the whole family onto the iPhone (ok, just me and her for now) – not least because I could FaceTime with my kids, with them on an iPod Touch, when I am out of London, away at a conference in continental Europe. (Why not a Skype video call? Because they can move around and show me things they’ve been doing and making, and a small child can do that easily with an iPod Touch).

When you are a busy mum and most of your life is run not off a computer but on the contacts on your mobile, those contacts are gold dust.

So this is my wife’s dilemma: contacts and photos are sacred. Everything else can wait. But who is looking after these for her?

Will a Windows Phone 7 plus Windows Desktop be the combination we’re looking for?

These are the kinds of questions the mainstream market asks and without mainstream adoption the Windows Phone will go nowhere.