A central part of any Disrupt event is the Startup Battlefield competition, and at TechCrunch Disrupt Europe there will be no exception to this. At this event, new companies introduce themselves to the world that day, with most launching to the public right there and then. Some companies that have launched from the Startup Battlefield include Yammer, Dropbox, Mint.com, Tripit and CloudFlare, to name just a few.

The Battlefield has been a central part of the annual TechCrunch conference since TechCrunch Founder Michael Arrington famously disrupted the industry by putting startups through a rigorous selection programme — not on their ability to pay a fee to appear on the main stage (still, alas, a blight on our industry) but on just how good their product and team was. So, not only are startups put through their paces by TechCrunch editorial and event staff, but they are then grilled by on-stage judges and finally pitch to the finals Judges on the last day. In the past we’ve had some of the biggest names in tech be finals judges, and in London we’ll be assembling some of the biggest names from Silicon Valley and Europe. (Not only that, but one lucky company is selected from the Startup Alley to try and make it through to the Battlefield final).

The judges join the many incredible speakers we’ll have at the event, so be sure to grab your ticket now.

Disrupt Europe will take place from October 20-21 at the Old Billingsgate in London, UK, and you can find tons of additional information about the conference here.

Mat Braddy
Chief Marketing Officer, Just Eat
Mat Braddy is the head of marketing for Just Eat, the London-based online takeaway ordering system that lets customers order takeaway the smart way. Just Eat gives customers access to a wide variety of restaurants from which they can order food for delivery or pickup, and helps restaurants reach a broader customer base.

Braddy joined Just Eat in 2009, and since joining the company he’s built a strong team of experts covering retail, brand and digital marketing that have helped build Just Eat into the worldwide leader of online takeaway ordering. In 2012, Braddy led the company’s “Don’t Cook, JUST EAT” marketing initiative to ban home cooking in favor of ordering in.

Prior to landing at Just Eat, Braddy served as Senior Product Marketing Manager at The Financial Times, Head of Internet for game.co.uk, and as Marketing Director for toptable, an online restaurant booking site. 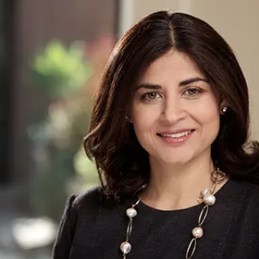 Sonali De Rycker (Accel)
Partner, Accel Partners
Sonali De Rycker has been actively engaged in Europe’s venture business community for over 14 years, focusing on investments in the digital media and consumer internet sectors. As a Partner at venture capital firm Accel Partners, she’s been responsible for investments in companies like Spotify, Top10, Wonga, Calistone and Avita, to name just a few, and always has a watchful eye on new digital media and consumer internet projects.

De Rycker also currently serves on the board of directors at IAC, a leading media and internet company focused on search, applications, online dating and eCommerce.

Before her tenure at Accel, De Rycker was a Partner at Atlas Venture covering internet and software as a service (SaaS) businesses, and led investments in companies like Moo, Globoforce, Skinstore and Seatwave. She got her start as an investment banker at Goldman Sachs, where she was actively involved in financing and mergers and acquisition activities for primarily high-tech companies in New York City. 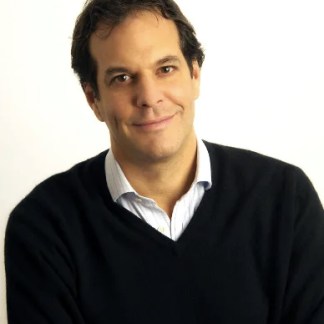 Hoberman is a shining example of the experience PROfounders Capital partners bring to the table. He currently serves as co-founder and chairman of made.com, a a direct-from-factory consumer crowd-sourced homewares retailer in the UK. In 1998, he co-founded lastminute.com, one of the UK’s leading hotel, resort and travel booking sites. He served as Last Minute’s CEO since the company launched, and took the company to over $2 billion in annual bookings before selling the company to Sabre in 2005. 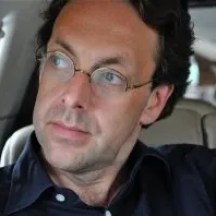 Klaus Hommels
Founder, Lakestar
Klaus is a major player and one of the leading business angel investors in the European startup market. He founded Lakestar, a venture capital firm that a global investment group that invests in outstanding entrepreneurs who share a passion to build great companies worldwide. Representative investments include Skype, Spotify, Klarna, Facebook, Fab, Airbnb, KupiVIP, and Markafoni, and Lakestar has invested its funds in companies like Spotify, AngelList and GoEuro, among others.

Klaus has a strong eye for investment properties himself, choosing to invest in promising start-ups that have the potential to become major players in the internet space. He is or has been involved in numerous successful internet investments including QXL/Tradus, Skype, Facebook, King.com, Xing, Klarna, SumUp and Spotify, to name a few.

Klaus holds a Master’s degree in Business Administration and a PhD in Finance from University of Fribourg in Switzerland. He was named “most successful European entrepreneurial private investor of the year” in 2006 by a group comprised of IESE, INSEAD and the University of St Gallen. In 2011, Klaus was named the NOAH Internet Investor of the year and in 2013, Forbes ranked him first among European investors on the 2013 MIDAS list.

Anthony Domanico contributed to this article.